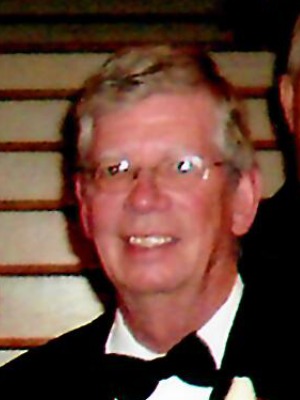 Roger was born on September 1, 1939 in Minneapolis to Albert and Vetta Mae (Knoll) Olson. He was a graduate of Roosevelt High School and was a part of the 1957 State Basketball Championship Team, which was considered ‘The Golden Era’ of Minnesota High School Basketball. Roger continued his education at Augsburg College, and joined the National Guard. In 1964, Roger married JoAnne Taylor and the couple was blessed with 3 children. The family would later relocate to Escanaba, Michigan. After a 40 year career in the transportation industry, Roger and JoAnne would retire to Recreation Plantation in Lady Lake, Florida.

Roger spent a great deal of time with his family and together, they enjoyed many cross-country road trips and camping excursions. He would later extend those traditions to his grandchildren.

Roger was active playing softball, basketball, golf and daily bike rides with JoAnne. He loved coaching his son’s many sports teams and always came to every game.

He was a faithful servant to his church community and was a youth church advisor. Roger was dedicated in his daily devotions and always made it to Sunday services.

After JoAnne’s untimely passing, Roger married Linda Taplay in 2007. Roger and Linda would spend their time together, travelling, taking cruises and living the true Florida lifestyle. After Roger was diagnosed with Parkinson’s, Linda became his loving caregiver and greatest advocate.

Roger’s family is thankful that he has found Eternal Glory and that it is always Happy Hour in Heaven.

He is preceded in death by his first wife, JoAnne; and parents, Albert and Vetta Mae.

Special thanks to all hospice caregivers, especially those who work at Niagara Hospice.