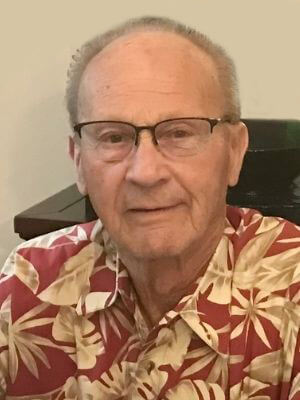 Alan K. Bringle, age 82, of Richfield, passed away peacefully, surrounded by his sons. He was born in Crookston, MN, and moved with his family to Minneapolis at age one. At age 7, he met Patty Konofaos, the love of his life. Their relationship began as childhood friends and continued on into dating and marriage. They had three sons which they raised in Richfield. Alan spent time working at his job in the printing business, coaching his sons in Midget Football and fishing with them on Lake Mille Lacs. He loved cars. His first car was a Ford that he called "Spooky". His last car was a 1985 Mercedes convertible. He loved to cruise with Patty in that car, listening to ZZ Top. He had a tough guy exterior, but he was a softy on the inside. We all felt his love. He was known for his Hawaiian shirts, his passion for antiques and his deep devotion to Patty. Together, they owned and operated the Main Street Antique Mall in Hopkins for 25 years. He lost Patty in 2021 and we lost a piece of him that day, too. We will miss Al more than we can ever express, but we know that he is right where he wants to be; in the arms of Jesus and his sweetheart, Patty. Alan was preceded in death by wife, Patty; parents, John and Dolores and sister Alana; sons, James (Emily), Kenny (Jeanne) and Joel (Laurie); grandchildren, David (Colleen), Laura (Marcus), Jonny, Jonathan, Michael, Johanna, Ashley and Jackson; great-grandchildren, Weston, Henry, Aspen, August and Aceson, as well as many nieces and nephews. In memory of Al, please wear a Hawaiian shirt.