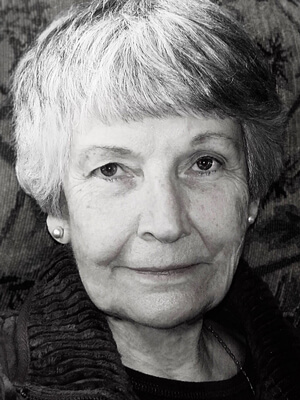 Beverly Jean Nilsson (nee Swenson) age 89, of Minnetonka. Passed peacefully at home from complications of Alzheimer’s. Bev Nilsson, professor emerita of nursing at Augsburg College, served as department chair from 1978 until her retirement in 2001. Bev was instrumental in the accreditation of their bachelor’s degree completion program, creating Augsburg’s Rochester nursing program and developing the first Master's program in transcultural nursing in Minnesota. Bev’s students remember her as a wise and caring mentor. In Bev’s own words, “I have been passionate about inspiring and helping nurses to understand and claim their responsibility to practice professionally and independently as nurses.” Bev was a graduate of Central High School, but her vision for nursing was inspired by her early years as an RN at Mpls. General Hospital and her formal education at the U of M, which included her M.S. and Ph.D. degrees. Bev enjoyed spending time with family and friends. She was an amazing cook, an informed and avid reader, theatergoer, and was active in the life of the church. She is survived by partner, Janet Labrecque; brother, Wayne Swenson (Gretchen); sons, Thomas (Laurie), Steven (Jennifer Cheung), and daughter, Kaara (Scott Kesti); 6 grandchildren; 3 great-grandchildren; a niece and nephew. She is preceded in death by her parents, Clifford and Arenza Swenson; sister, Karen Nazaroff; and former spouse, Harry Nilsson. One of Bev’s proudest achievements was establishing the Augsburg Nursing Center in collaboration with Central Lutheran Church in 1992. Now known as the Augsburg Central Health Commons, this drop-in center staffed by faculty and students focuses on health and community building among the underserved in Minneapolis. The family would like to extend a heartfelt thanks to the daycare staff at Open Circle, the congregation of Spirit of Peace church in Hopkins, and the Giving Voice Choir all of whom provided Bev the opportunity to sing boldly.

We anticipate a Memorial Service will be held in the spring.

Donations preferred to Augsburg Central Health Commons: www.augsburg.edu/healthcommons or Spirit of Peace Hopkins: www.spiritofpeacehopkins.org or to the charity of choice.