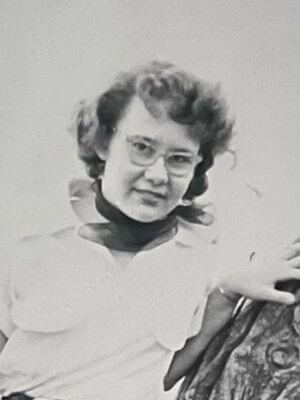 Carol was born March 18,1935 in Minneapolis, Minnesota to Joseph and Ethel Hommes. She lived most of her life in Richfield, eventually landing in Apple Valley in 2003. She was a vivacious young women who was incredibly gifted intellectually and artistically. She created several pieces of art and hung them proudly in her office and home. Carol was blessed with three beautiful children: Elizabeth 'Becky', Joseph 'Joe' and Cynthia 'Cindy'. They were her heart and the smile on her face.

1982, Carol found herself divorced and with three children to raise with minimal support. Carol’s fierce love for her children’s wellbeing combined with her fighting spirit, she studied and passed the exam to become an Enrolled Agent for the US Treasury. With some experience at HR Block and learning their business model, Carol was able to open her own business: Ingersoll Financial Services in South Minneapolis in 1992. Her dream was to make this a family business and legacy. Everyone pitched in to learn and help the business grow including her mother Ethel. In 2007, Cindy was able to partner with her as a tax preparer. Carol couldn’t have been more proud to have Cindy follow in her footsteps. Carol ran the business successfully for 28 years and achieved financial independence and was able to provide not only to her children but to her grandchildren.

Carol’s other passion was her love of dogs. The list is long of her beloveds that predeceased her but Missy was the one that Carol spoke of the most. Missy’s portrait hung on the wall at the tax office and there was not a day that went by that her name wasn’t mentioned. The doorway to Carol’s next adventure will be crowded by all her babies at her ankles. Once she has petted and kissed each one of them, she will be met by those that have gone on before her: her son, Joe, and her parents, Joseph and Ethel.

Carol will be remembered for wit and sarcasm. She could just look at you a certain way and you couldn’t help but laugh out loud. There was never a dull moment with Carol. She was so very loved and will be missed by her friends and family.