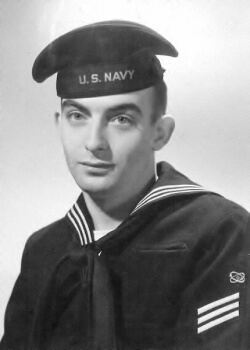 Charles worked for Sperry Rand through its various incarnations, including Sperry Univac and finally Unisys in the electronics engineering and developmental department until he retired after 38 years of service in 1993.  Charles' many accomplishments while working with Sperry include the creation of some of the first computer networking systems in the early 1960's for private industry and the government.  He was also credited with patents US 3497760 A and US 3531796 A.   He was the father of the Logical expansion circuitry for display systems, or "Graphical Computer Video Card" and the flashing or "Blinking Cursor."  Charles' visionary computer designs and ideas in the 1960's and 1970's helped lay the foundation for our modern computer world today.

Along with his large family, Charles was proud of his service with the US Navy and his Navy family.  As a crew member of the USS Collette DD 730, he was part of the Sitting Duck Squadron at Inchon during the Korean War.  He was the most recent editor and publisher for the USS Collette Association newsletter and enjoyed the ship's company reunions.  Over the years, Charles was very active in his community including the Boy Scouts of America, Clan MacBean Association of America, and the Veterans of Foreign Wars Post 5555.