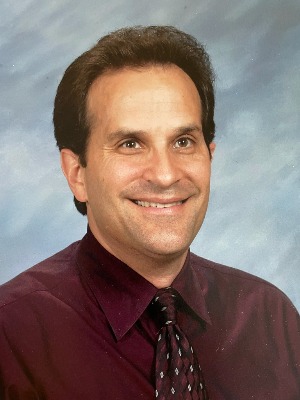 Dean Palermo was born on August 31st, 1957, in Minneapolis, Minnesota the son of Louis “Louie” and Immogene “Jeanne” (Skogman) Palermo. He was raised in Mora, Minnesota where he graduated from Mora High School and then attended Bethel College. Dean graduated with a degree in Music Education from Bethel College in 1979 and got a master’s degree in Arts and Theological Studies from Bethel Seminary.

Dean was an incredible musician and used his talents and passion to lead people to God through worship. He was able to seamlessly unite the beauty of all genres of Christian music and spent many years teaching others the importance of balancing instrumental with text to create a wonderful worship experience for everyone in the congregation. In Dean’s early musical years, he received the John Philip Sousa award for being the top performer in the high school band, he performed with The Palermo Brothers, the Proclamation group, the Dale Warland Singers, Evangelion Chorale and many other groups. He also published articles in The Complete Library of Christian Worship..

He was preceded in death by his parents Louis and Immogene and brother Dan.

If you are unable to attend in person, please click here for Dean’s Live Stream Link..

If you are unable to attend in person, please click here for Dean’s Live Stream Link..