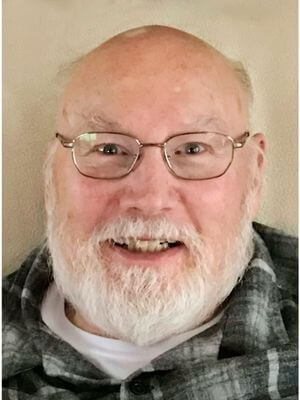 Dennis Wade Erickson passed away at the age of 73 with loved ones at his side on December 11, 2022. Denny was born on Christmas Day 1948 in Beloit, Wisconsin to Magnus and Evelyn (Nystedt) Erickson. The family moved to Minneapolis, Minnesota when Denny was a baby. He graduated from Southwest High School in 1966. Denny graduated from the University of Minnesota with a Bachelors Degree in Political Science and Child Psychology. He earned a Juris Doctor degree from William Mitchell College of Law and was admitted to the Minnesota Bar in 1988.

Denny married his high school sweetheart Sandy (Nelson) in 1969 and the couple settled in Bloomington. They welcomed children Becka, Tom and Jenna. Denny and Sandy built a home in a new housing development in West Bloomington in 1977 and lived there for the next 43 years. In 2019, Denny and Sandy celebrated their 50th wedding anniversary with a trip to Madden’s Resort in Brainerd. In 2020, they downsized to a one-story condo in Edina.

Denny was first hired at the State of Minnesota in the Department of Human Services (DHS) as an Administrative Analyst I in December 1973. He rose through the ranks over the next 20 years before eventually being named an Assistant Commissioner in 1993, a position he held through his retirement in 2006. During his tenure, Denny was an expert in the area of Data Privacy and went on to testify before the U.S. Congress on the topic. As Assistant Commissioner, he was responsible for DHS Management, Legal, Financial and Healthcare Operations.

Memorials may be directed to the Minnesota Landscape Arboretum, Science Museum of Minnesota or to donor's choice.