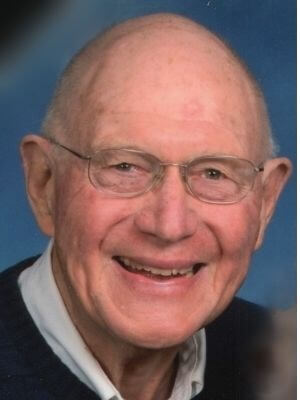 Donald Walter Hassenstab, age 89, formerly of Richfield, died peacefully on Monday, April 11, 2022. Don was preceded in death by his parents, Walter and Mollie Hassenstab. He will be greatly missed by Betty, his loving wife of 62 years; son, Mark (Laurie) Hassenstab; daughter, Ann (Steve) Challeen; son, Erik (Denise) Hassenstab and son, Paul (Jennifer) Hassenstab; grandchildren, Amy (David) Pedersen; Emily Hassenstab; Scott (Jessica) Challeen; Elizabeth (Perry) Ravet; Jack Hassenstab; Erik Challeen and Adam Hassenstab; great-grandchildren, Greta and Sonja Pedersen. His wife was the love of his life and best friend, and his family was his pride and joy and true legacy. Don was born July 13, 1932 in Redwood Falls, MN, graduated from Redwood Falls High School in 1950 and graduated from the University of Minnesota in 1954. He also graduated with a JD from William Mitchell Law School in 1963 and a Master's Degree from Luther Seminary in 1999. He was very active in Woodlake Church, where they have been members since 1967, and in the community by serving on the Richfield City Council, HRA, and working the Richfield 4th of July Parade. Don was in Association work for the majority of his career, most recently as Executive Director of the Minnesota Society of Professional Engineers (MPSE), for 25 years, retiring in 2001. Don loved to read, spend time with his family and go to Destin, FL for a few weeks with Betty during the winter. They loved to attend all of the extracurricular activities of their four children and seven grandchildren, and are so proud to have two great-grandchildren. Don never stopped living even though his health had declined in the past four years.