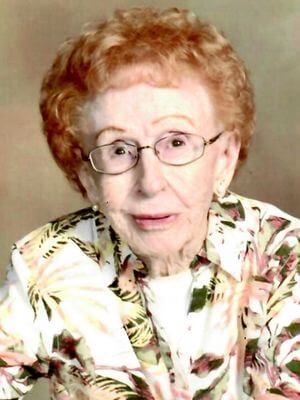 Donna was born and raised in Cando, North Dakota, the daughter of the town doctor. She moved to Minneapolis where she met her future husband working at the Veterans Administration at Fort Snelling. From 1951 until their deaths, they lived in Richfield and were parishioners at St. Peter's Catholic Church. She worked as a preschool teacher, and for many years with the Hennepin County Library System. She was an accomplished pianist, golfed well into her 80s, bowled for decades, and was an avid sports fan. During retirement, she and Joe spent winters in Mulberry, Florida together, and on her own after his death.

In lieu of memorials, donations preferred to Our Lady of Peace Hospice.