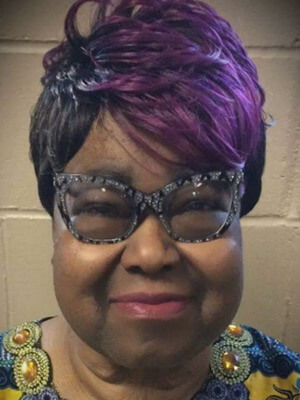 August 1st 1953. It was a dark, yet clear night. The stars shone brightly on the small village of Saint Vincent. Then a cry pierced the silence. It was a young Claire Miller…in labor…trying her best to issue forth the child in her belly. This same child that just wouldn’t stop moving around in the womb at night, had the nerve to be “stuck”. Taking her sweet time making her first appearance in the world.

Well, with great effort…before the night was over, another cry pierced the heavens.

The world was just not ready for all the havoc she would wreak.

Named for all the women in the family. Doris already showed that she was not your average, run of the mill kid. Oh no. She was very strong. In body, mind AND spirit. Yes, she was handful at times. But she was really a peacemaker at heart. She hated to see strife among family and friends. But, she was also a no nonsense person. She also couldn’t stand stupidity. It just didn’t compute.

Life in Saint Vincent, West Indies was great. Trees to climb, beaches to stroll, fresh fruit and vegetables, fresh seafood. Chasing chickens in the yard. Yes, life was grand. But life would change drastically when Daddy would get an opportunity of a life time. A chance to study in the states. He was recruited by the World Health Organization to come to Minnesota and study at the U of M. And he thought, what better way to start afresh and give his children a chance at a more enriched life. So, when Doris was 7 and her younger sister, Lillith was 5. They moved to Minnesota. And the adventure continued.

Minnesota. A cold tundra. Why oh why did Morris Miller move the family here?! But, there was wonder to behold in this place. Besides the snow, there were delicacies to indulge in. Like Coca Cola, which Doris didn’t like….because it burned. But she loved the chocolate malt, cheeseburger and French fries. The classic American meal. Yes, America took some getting used to. But once she did…life became routine. She had such a thirst for knowledge that once she graduated from Central High School in Minneapolis…she decided to gain knowledge by going to work. She was more of a hands-on kind of learner. The classroom was okay, but she retained more if she could get her hands “dirty”.

So, she worked at Prudential Insurance Company for like…eons. Okay…okay. Maybe just 19 years or so. Then other opportunities came. She worked for a pharmaceutical lab…even worked in retail for a bit and a cleaning company. She was no stranger to hard work. It was her work ethic that propelled her to her next endeavor…the most important job she would ever have. Pastor.

On a beautiful summer day…July 14th 1991 to be exact. While standing on the Black top of Park Avenue Church during the Soul Liberation Festival…the speaker offered an invitation. Anyone who wanted to dedicate their life to the Lord, please come forward. Doris pondered this for a moment. Then decided to go for it. She said “Seems like a good idea.” And that folks spawned a whole new version of Doris. We’ll call her Doris 2.0.

She became voracious in her quest for biblical knowledge…for God knowledge. She even went to Spiritual Life Bible College. And man, once she graduated…it was full speed ahead! She was ordained and the enemy’s camp wasn’t ready! She taught, preached, evangelized, prophesied….and became a God Appointed Apostle!! And let’s add icing to that cake. She founded Solid Rock Foundation, International. Her church.

Well, God didn’t say the walk would be easy. She took some major hits.

April 18th, 2002. Daddy…Morris Miller dies. And life as she knew it was turned upside down. But she didn’t stop. She kept moving.

September 1st, 2007…beloved brother in law, Joseph Jackson is taken from her. This one stung. But, she had to keep on to fight another day. Even with her own health beginning to show signs of deteriorating, she kept pushing.

June 6th, 2015…most beloved sister, Lillith leaves this life. Shock was the most prevalent emotion there. But still…got to keep moving forward. Mommy needs her even more. But then…

Devastating as all things were, Doris held on to her faith. Believing that God is, was and will be in complete control and knows what is best for us. Even if we don’t like it.

And she kept that faith, until her last breath on August 20th, 2020. While God himself, rocked her to sleep. Then guided her to her new home…reunited with all the loved ones that went on before her.

This is a tough blow for the body of Christ. A mighty warrior left the battlefield. But in turn has received rest, healing and comfort.

But…she’s looking down. Smiling on her last remaining sister, Elizabeth and all the family and friends left behind. And if you listen carefully, you’ll hear, “toodles…peace out. I’m okay.”