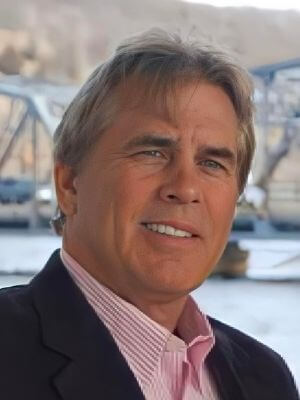 Douglas James Sucik, of Columbia Heights, MN, passed away peacefully, surrounded by family at the age of 69 on April 8th, 2022.

Doug was born to Matt and Leona Sucik on June 6, 1952, just minutes before his twin brother, Dennis. He graduated from Columbia Heights High School in 1970 and enlisted in the U.S. Navy working aside aircraft. He later received his Bachelor of Arts from Metropolitan state In 1986.

Doug was joined in matrimony to Patty Mezzenga (Steiger) in the Brainerd Lakes area in 1977 where they settled and had three children, Nicholas, Brianna, and Shauna. He purchased his first investment property at the age of 20, and continued to invest in real estate throughout his lifetime. No house project was too complex, nor was there anything he couldn’t fix- a skillset and mentality he passed down to his children.

Doug had many entrepreneurial ventures such as Minnesota Energy Products, which provided efficient insulation solutions in homes. He operated a business in residential siding, and later started a home inspection service. He held the title of Building Official for the city of Baxter and other neighboring municipalities. In the early 2000’s, he spent more time in St. Paul, MN where his knowledge base in building code led to work as a consultant and test developer for International Code Council, ultimately intertwining his experience with the next generation of Building Officials.

Doug had a passion for music of any genre- from The Beatles and Hall & Oates, to Tim McGraw and Vanilla Ice. On his 60th birthday, he had the rare opportunity to meet Daryl Hall after attending a concert. In 2018, he retraced the footsteps of the fab-four on the iconic album cover of Abbey Road while visiting London, England.

Doug had a lifelong love for aviation which led him to obtain his recreational pilot license in 1985. The years spent living on Round Lake in Nisswa fed his appreciation for nature, and the serene life of living “up north” allowed many wonderful memories to be made on the water with his children and grandchildren. He was enamored by science, logic, and gadgets, but amongst all of his interests, there was nothing that gave him more joy than the love he held for his family.

He was preceded in death by his parents, Matt and Leona. He is survived by his children, Nick, Brianna (Kevin) and Shauna (Matt); his grandchildren, Pierce, Isla, Dexter, Shepard and Henry; and his brothers, Ronald and Dennis.

In lieu of flowers, please consider a blood donation to the American Red Cross.