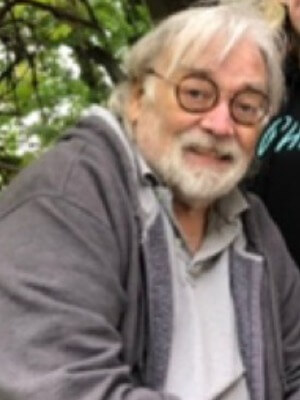 Age 73, of Minneapolis, passed away on March 16, 2022, with his family by his side. He was born in Minneapolis to his parents, Luverne and Eunice Larsen. Dwight graduated from Richfield High School class of 1966. He graduated from St. Olaf College in Northfield, MN in 1970 where he persued his love of theater. He went on to receive a Master of Fine Arts degree from the University of Minnesota. Most notably he was a costumer at the Guthrie Theater and Children’s Theater Company in Minneapolis until his retirement. Dwight was involved in many theaters in Minneapolis for many years including Theater in the Round, Chanhassen Dinner Theater, Theater 1900 and others. He was very well known for his costuming skills all around the Twin Cities and more.

After his retirement, he became involved with the premier senior’s rock ensemble in Minneapolis, “Alive and Kickin “, which features seniors over 65, performing in concerts, nursing homes, and also at the Minnesota State Fair. Always inspiring others to keep active and live their dreams. Dwight said he was a Rockstar as he entertained many by sharing his talents with all that knew and heard him. He developed wonderful friendships with all the members of A & K. Their message was to stay “Forever Young”. He was so talented. He touched many lives.

His other passion was travel. He used every opportunity to go to Europe to experience shows in London, art in France, and food in Italy.

In lieu of flowers, the family asks for memorials to Aliveandkickinmn.org.