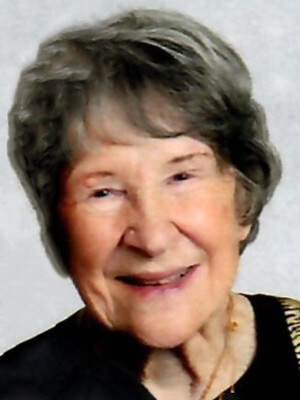 Elaine M. Carlson, 90, died at her home in Eagan, Minnesota, on June 25, 2020. She was born on February 27, 1930, at the old Miners’ Hospital in Crosby, Minnesota, as the first child of John and Mabel Landstrom Everson of Deerwood. Elaine attended the one-room Cedar Brook country school and attended ninth grade at Aitkin High School. In 1944 she moved to her aunt and uncle’s home in suburban Chicago and graduated from Maine Township High School in Park Ridge, Illinois, in 1947. That same year she married Donald Carlson of Minneapolis.

She and her husband raised their family in east Bloomington and she and Don moved to Eagan in 2005. She was a devoted mother and wife, an excellent bridge player, and the greater Everson family’s worrier-in-chief. She will be dearly missed by all who knew her and loved her.

Elaine is survived by her two children, Don (Mary) Carlson of Green Bay and Cheryl (Kevin) Fautch of Eagan, three grandchildren, Eric (Chris Hynes) Carlson of Portland, Oregon, Lindsay (Scott) Wing of Chicago, and Krista (Bobby) Bloch of Apple Valley, and two great-grandchildren Logan and Preston Bloch. Elaine is also survived by her sister Judy Redfield, her brother Bill (Edna) Everson, and her close Everson cousins Ronald Everson, David Everson, Jerry Everson, Jackie Higby, Jean Haselhuhn, and David Graham, and many nieces and nephews. She was preceded in death by her husband in 2011 and by her brothers Andy Everson and Bob Everson and her sister Joanne Davis.

A Celebration of Life will be held at a later date.

In lieu of flowers, the family encourages donations to the charitable organization of their choice.