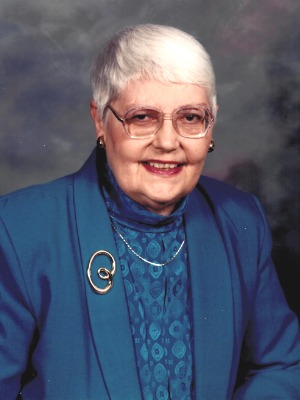 Bette Jeanne died suddenly July 6, 2022 after becoming ill while playing Scrabble on July 4.
Born in Bellechester, MN to Alfred and Maryann (née, Hoffman) Acquard June 19, 1927, she was middle child between Jackie and Bill. She was 19 months old when her mother died, after Bill's birth, from Flu and asthma. Growing up during depression the children were raised by her "saintly" paternal grandmother in Bellechester while her father worked at CCC camps. After learning to read at age 4, Bette started at the two room catholic school a year early. During the summers they were often taken care of by both their maternal and paternal aunts and uncles, so Bette was very close to her cousins.
After gaining a new stepmother, Veronica Befort Acquard, in 1936, there were multiple moves before landing in Rochester, where Bette graduated from Lourdes High School.
She came to Minneapolis to attend MN Business School, then she worked as bookkeeper at Albrecht's Furrier. A highlight was she wore a fur on a float for the Hopkins Raspberry Festival and made good friends. As part of a group of people who went out, she met and married Bill Mielke on Sept 6, 1952. They and their friends made up a card club that went more than 30 years.
After mothering Jeanne, Bill, and Bob, she spent many hours playing with them, volunteering at their schools and at church and sang in the Assumption Choir. Later she went back to work at ParGas, Gold Medallion, and Good Samaritan and actively volunteered at church, Loaves and Fishes, and reading to kindergartener's. She cared for people in small ways by sending cards, driving them to church, remembering them in prayer or with masses.
Always with a touch of glamour, she left behind the 3in spike heels of her younger years, but never her lipstick, or some jewelry.
Asthma made physical activity difficult. She wheezed walking up a flight of stairs and was critically hospitalized for asthma twice. She was thankful for the improvements in medicine that helped her asthma be controlled the last 30 years of her life. Those improvements in medicine made her a 25 yr ovarian Cancer survivor.
Her hobbies were more sedentary: reading her newspaper and books, doing crossword puzzles and Soduko, watching Jeopardy and Wheel of Fortune, playing Scrabble or cards. She loved to visit cousins and go to lunch with friends.
Bette's children and grandchildren: Grant, Tynea, and Michael were central to her life. With the early death of her sister at age 55, she also tried to especially be there for Jackie's children, grandchildren, and great grandchildren. They were an emotional support to her.
Repeatedly saddened by losing friends and cousins, Bette Jeanne chose comfort care for the last hours of her life, and the promise of a place prepared and a reunion with God, family and friends.