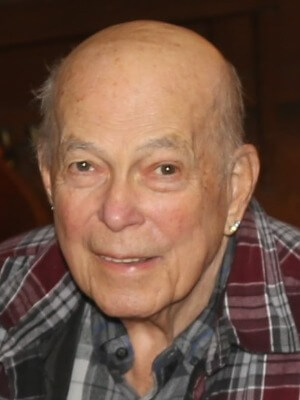 Age 88, of Richfield, passed away peacefully surrounded by his family on June 27, 2021.

***As a family we have decided to postpone the celebration until the one year anniversary of our dad’s death due to family scheduling conflicts and to be respectful of the health and safety of others with the ongoing pandemic. We will notify people when we have a date scheduled.***

Gene was born in Minneapolis on November 8, 1932, to George and Marie (Oberpriller) Barry. He attended St. Helena grade school and De La Salle High School. After high school he attended the University of St. Thomas and a few months after graduation in 1954, he and Annette were married. That same year they moved to St. Louis MO where Gene began his graduate program attending St. Louis University. After earning his Doctorate degree in Biochemistry, Gene, and family of four, plus one on the way, moved to Richfield, MN where he worked as a Chemist, doing cancer research, at the Veteran’s Hospital in Minneapolis. When his children were young, they did not fully understand the role of a research chemist, so they simply shared with others that their dad was a scientist and one even told others that he was a fireman (sounded cool).

Our dad (Gene) was a loving and caring son, brother, spouse, dad, grandpa, papa, great grandpa, uncle, and friend. He was authentic and did not pretend to be anyone but himself. He had a creative mind and loved to invent ways to make things better for others. Many of his creations were brilliant and some were less feasible yet interesting. Dad and Mom took up square dancing together and during that adventure he discovered square dance outfits were expensive especially for the women, so Dad decided he could make them himself, and he ventured into making square dance petticoats for many years. It was a prosperous endeavor until his creative mind raced ahead. Dad’s main undertaking was taking our family home in Richfield from a three bedroom/one bath house and designing a dream home. It was a long slow process yet satisfying to him that he reached his goal.

Mixed in between his creative adventures, our dad was a family man. He loved family time, both with his immediate and extended family. He loved to fish and bravely took five young kids with him. One of his favorite pastimes in the last 20 years were family reunions. We traded off each year between hosting them in Wisconsin and Minnesota. Our venue in Minnesota was St. John’s University. One of the highlights of these reunions were the nightly campfires where he loved to share stories and memories. Safety around the fire was essential to him and he was given the title of Fire Commissioner which he took seriously and proudly.

Gene (Dad) had a special relationship with each of his family members and made a difference in each of our lives. In whatever capacity you knew Gene, carry those special memories in your heart forever.

He is preceded in death by his parents, George and Marie Barry; sisters, Mary Brice and Marge Leuthner and great-grandchild, Jio De La Fuente.

A private graveside service with a Christian burial will be held at St. John’s University Abbey in July. A celebration of Gene’s life will take place later this summer and the Celebration of Life information will be updated both at this site and through social media.

Memorials in Gene’s honor may be sent to St. Jude Hospital, Boys Town, or St. Joseph Indian School. His heart was drawn to the welfare of children at risk, so any additional institution supporting children will be greatly appreciated. Near and dear to his heart was the study of cancer and working towards finding a cure. His life was affected personally by cancer, through family members, so memorials to any organization related to cancer research would be an honor. One last option would be Methodist Hospice as they were very supportive to Gene and his family.