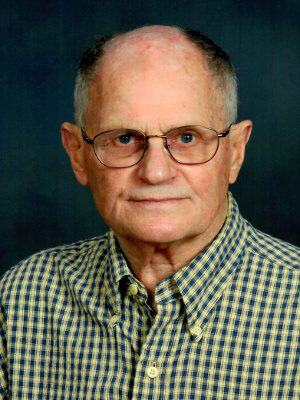 Floyd Irving Olson, age 93, formerly of Richfield, died on November 8, 2020. He was a Navy Veteran during the Korean Conflict. He was also a proud member of the Masonic Lodge since 1950. He is preceded in death by his wife Ruth Irene; brothers Paul A. Olson, Nels H. Olson, Carl E. Olson. Survived by stepchildren Janalee (Eric Anderson) Aurelia, David (Debbie) Falk; grandsons, Jacob, Anthony, Tyler Falk.

Floyd Irving Olson was a hero.
Floyd honorably served two tours in the U.S. Navy: July, 1945 – July, 1949 and May, 1952 – March,
1954. This service is commendable, but I think he was his bravest, most heroic, on July 2, 1976, when he
married my mom, Ruth Irene Olson. Floyd was 49 and had never been married. Now he suddenly became a husband and like a father to
two adult stepchildren. How awesome is that! Floyd was warmly welcomed into my family. As well, his family, two brothers and their wives, 6 nephews and 2 nieces, all welcomed us into their extended family. Over the years, Floyd demonstrated unfailing
support, validation and love . . . definite father-like qualities. I remember Floyd and mom bicycling to my softball
games or showing up at my sand volleyball. They attended grandson, Tyler’s, hockey games. He
actively engaged in family birthdays, holidays, reunions and all the other family gatherings.
Floyd remained supportive and steadfast for my mom as she battled diabetes and ultimately was
doing dialysis 3 times a week. In the years after my mom’s passing in 2006, I became even closer to Floyd. Floyd enjoyed dining out. He always enjoyed a
good meal and trying a new restaurant, be it Macaroni Grill, 5-8 Club, Old Chicago, Houlihan’s, which we called “houligans” or really any other spot. I remember the first time I took Floyd with me to get a mani/pedi. He was initially so reluctant. Immediately, however, he was hooked, and
thereafter always made it clear he wanted a “luxury” pedicure! After my mom passed, I was able to spend even more time with him: running errands, taking him to appointments. I spent many evenings after work doing a cleaning and scrubbing for him at the condo. We always went out to dinner when I
finished my work. One evening I arrived to find him seated with friends in the lobby area and having a nice chat. I put a hand on his shoulder and told him to stay and visit while I headed up to start cleaning. As I left, I heard Floyd being asked if I was his girlfriend! We laughed and laughed about
that. Thereafter, I would knock on his door and announce that his girlfriend had arrived. Floyd always showed concern for others. When we
were out and about together, he would ask me if I had found a good parking spot, if I had enough gas. One afternoon we returned to my car and HE
noticed that my license tabs were expired and had been for 3 months. We immediately drove to the service center to buy my tabs.
Floyd always asked how all the other members of the family were doing, what was new with them.
So, this is the Floyd I remember. The man who quietly and stoically supported, validated and loved his wife and all his family. I will miss him
immensely. He was a very good man. He was my hero.