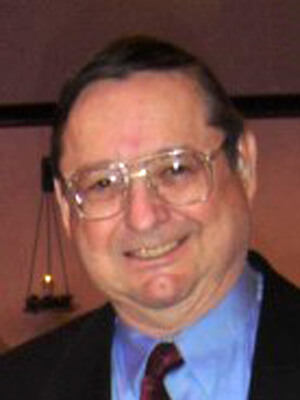 Jerry was born in Minneapolis, Minnesota. He attended Ascension Catholic grade school and was a graduate of DeLaSalle high school where he occasionally enjoyed missing class to caddy for the priests. After earning a bachelor’s degree from the University of Minnesota, Jerry served his country as a member of the National Guard Reserves. Jerry and Joan met while students at the U playing bridge at the Newman Center. Jerry and Joan were married August 9, 1958, and together they raised five children and, among other things, continued to combine forces at the bridge table.

Throughout his long career in state government, Jerry worked in various capacities for the Minnesota departments of Aeronautics, Economic Development, and Juvenile Justice. He and Joan were long-time parishioners of St. Peter’s Catholic Church in Richfield and Jerry volunteered in many roles including Lector, EME, and coaching in KCYO.

Jerry was an avid fisherman and voracious reader who enjoyed spending time at cabins and lakes in Northern MN with his family. He also loved rooting for and watching his kids’ and grandchildren’s sports in addition to his Golden Gophers, Vikings, and Twins.

Funeral and burial services will be immediate family only.

Many thanks to the staff at Mt. Olivet Careview who cared for dad these last few years.

In lieu of flowers, memorials preferred to Friends of the Hennepin County Library https://www.supporthclib.org/give-tribute-donation.