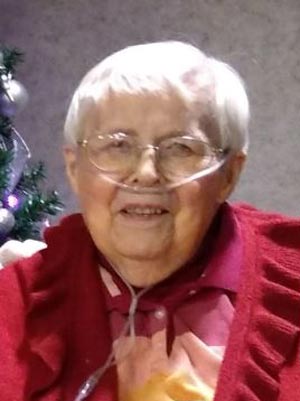 After the war he stayed in service so Grace did some traveling to several states and abroad. It would be anywhere from 6 months to 3 years in one place. When Roy decided to retire, they decided to move to Minneapolis, Minnesota. They stayed with Grace's brother while deciding exactly where. Grace found a good house in Golden Valley, Minnesota where she spent the rest of her life, all but the last 4 years.

No matter where Grace lived she always kept in touch with all the relatives on both sides.

When Roy became ill she found work to help pay the bills and keep food on the table. Once he was back on his feet she continued to work, because she enjoyed it and dad liked to keep her happy.