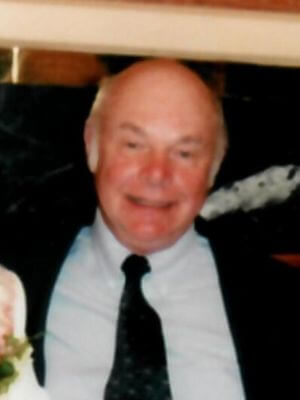 Harold Simon Dykhuizen went home to Jesus peacefully on January 11, 2023. Harold was born November 3, 1932, in Grand Rapids, Michigan to William and Dora Dykhuizen. After graduating from high school, Harold attended Calvin College before joining the army at Fort Sheridan in the Chicago area and serving as a military policeman. After serving in the army, Harold attended Dunwoody Baking School in Minneapolis. He began his career as a baker in 1956 and owned his own bakery named Oxboro. He also had a storefront bakery in Walsh's grocery store.

Harold met the love of his life, Johanna VanOtterloo at First Christian Reformed Church in Minneapolis. They married in 1956 and were married for over 66 years. Harold and Jo had 3 daughters together; Sherry, Dawn, and Cathy. He was a fun and loving dad who took great interest in his daughters lives. In 1967, Harold quit the long hours at the bakery and worked for K&K Hauling, eventually owning the one truck rubbish service. After retirement in 1990, Harold kept busy volunteering at Bridging, his church, driving bus, baking at Perkins, and traveling. Harold loved adventures and always knew how to have fun.

He enjoyed playing and spending time with his grandchildren, Lisa, Hal, and Tanya when they were growing up. Harold and Jo always made an effort to attend their special events. He was a great fix-it-man, and his skills were in high demand from his daughters frequently. He worked hard and played hard. He always showed his love for his family, his friends and his Lord and Savior Jesus Christ. He lived his faith and served with joy. He will be missed.

Memorials may be directed to Samaritan's Purse.