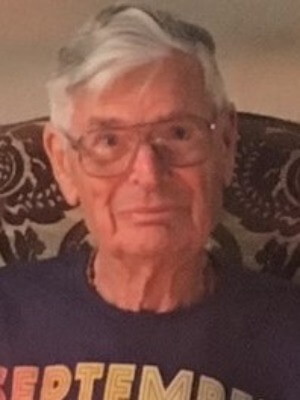 Herbert Ludwig Morgenthaler was born in Stari Vrbas, Yugoslavia on September 1st, 1929. His mother Susanna Julianna Morgenthaler, who is also being interred with Herbert, and their family were successful farmers. Herbert’s father Franz worked as an architect. They were surrounded by a German-speaking community and life was good there. Herbert and his brother Rudolph attended school and learned the languages of the neighboring communities including Serbian, Croatian and Hungarian.

That pleasant and promising life took an unfortunate turn in the final months of World War II, when the tides turned against all Germans and their communities. After being driven from their home and enduring many hardships, Herbert and his mother Susanna made their way to Germany. They survived the best they could in that devastated country. Herbert’s brother Rudolf fell on the eastern front in 1945.

Sponsored by their Uncle Freidrich, who had previously immigrated to the United States and owned a large honey bee business, Herbert and his mother emigrated from Germany in 1949. After working as a migrant beekeeper for two years, Herbert was drafted into the Marine Corps in 1951. He served two years on active duty and six years in the reserves as a Marine Corps Engineers Draftsman before being honorably discharged.

While in the Marine Corps Reserves, Herbert attended DeVry Technical Institute in Chicago studying electronics, which led to his 35-year career in the military aircraft industry. As an Avionics Flight Test and Construction Technician, Herbert’s talents and work ethic gave him the opportunity to work for some of the biggest names in aviation, and on some of the most famous aircraft in the Air Force. These included McDonnel Douglas on the F-4, Lockheed on the F-111, General Dynamics on the F-16, Fairchild on the A-10, Rockwell on the B-1, and Boeing on the C-17.

Herbert married Inge Pragal in Minneapolis on April 29th, 1970, and they spent 49 years together. They adopted two children, Robert and Belinda.
Upon retirement, Herbert loved spending time with family and friends, and traveling extensively throughout North America and the world. Sharing his Mother’s Wanderlust, Herbert eventually visited 23 countries on his many trips and cruises. He and Inge also raised and loved many pets over the years. Herbert became a very well-read historian of WW II, learning about all the events in that war that changed his and his family’s lives as he struggled to cope with the experience of living through it.

Herbert passed away peacefully on July 25th, 2021, at The Havens of Antelope Valley in Lancaster, CA with his wife Inge, and other loving family members by his side.

Herbert is survived by his wife, Inge; son, Robert; his cousin’s wives; Alida and Enny; his second cousins, Paul and his wife, Robin, Mark and wife, Gina, Mike and wife, Sherri, Jennifer and other family and dear friends.

Herbert is preceded in death by his parents; brother, Rudolph; daughter, Belinda; his aunts, uncles, and closest cousins, Gerhard and Norbert.

Donations should be sent to The Humane Society of the United States.