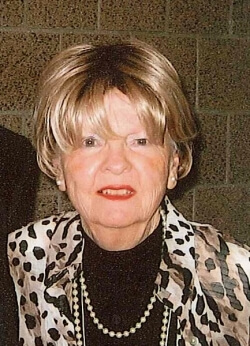 Irene was a graduate of Iowa State University at Ames with a degree in Foods and Nutrition. She had a fulfilling career in the food industry, working as an editorial director for a large corporation and doing supervisory work in the restaurant field. Her most exciting career, however, was in the world of communication where she had her own cooking show in live television in Indianapolis, IN. Though the show was commercially sponsored, it was nominated for the George Foster Peabody Award in the public service category. Irene did volunteer work with blind college students, Easter Seal nursery school, and the Wheaton College opera workshop, Wheaton, IL. She tutored Laotian high school students.

Irene was a member of the American Home Economics Association, Soroptimist International, American Federation of Radio and Television Artists, Far West Chapter of Lyric Opera of Chicago. She was a member of the Blanchard Society of Wheaton College and the Order of the Knoll, Iowa State University, and the Circle of Hope, Salvation Army.

She was a member of the Oak Grove Lutheran Church of Richfield, MN.

The family extends a special thank you to the staff of Presbyterian Homes of Bloomington for their loving care of Irene.