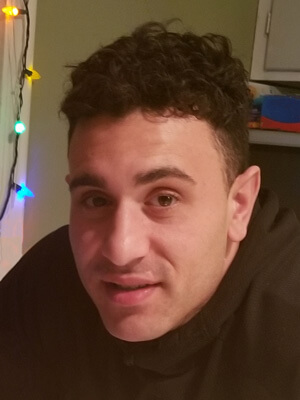 Isaac didn’t just live life, he experienced it. He was that person that you could go to with any problem, big or small. He was not one to judge others and he embraced and comforted people wherever they were on their journey. His sense of humor and charisma lit up every room and gave people a feeling of peace and acceptance. He was the light of Nancy’s life and they had many adventures together.

Isaac loved going to the lake, campfires, s’mores, hanging out with his cousins and fishing with his mom and Grandpa Chuck. He loved to play hockey. Isaac’s legacy lives on in the life of his beautiful daughter, Kira Rose. She has inherited his enthusiasm, good looks, curiosity, and great sense of humor. Isaac struggled with addiction but had many periods of time filled with sobriety and hope. Although his life ended much too soon, the memories created in his short time will live on in the love of his mother, Nancy, his other two special girls Sophie and Kira, and all his friends and family who loved him.