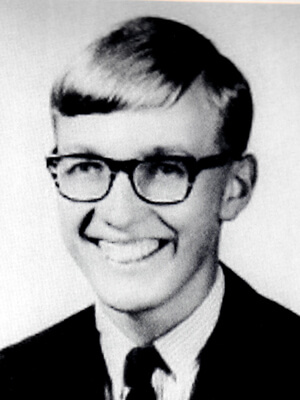 John Robert Dennis, age 72, of Richfield, passed away peacefully on February 9, 2021. John was born July 30, 1948, in Minneapolis, MN to Warren, Sr. and Elsie Dennis. He was confirmed at Mount Calvary Lutheran Church of attended Richfield High School, from which he graduated in the Class of 1966. John studied at the University of Minnesota in the College of Education. John was industrious, and he worked numerous jobs. The most notable position was with the United States Postal Service.

John was an avid world traveler. He traveled to many countries and seemed to especially enjoy Europe, most particularly Holland. In addition, he had a rabid interest in national and world affairs and an insatiable appetite for news and all types of media including newspapers, magazines, and television. He was knowledgeable on national and world events such as the Apollo moon landing. He collected numerous pictures and memorabilia of the same and items that he had sent to the White House for Presidential autographs. John loved Christmas music and kept a CD player at his bedside. In later years when he resided in long-term care, he would sometimes get lightly chided for playing his Christmas music in July. He would smile and play his Christmas music anyway.

John had a good sense of humor. While on the phone, he would commonly share a limerick or a short rhyming poem. He readily expressed love for his family members, and often concluded a conversation with "I love you" or "I love you more." John was outgoing and easily made friends. Once he formed a friendship, he was faithful to his friends and his friendships were enduring. One such friend was Steve Wise of Bloomington. John's friendship with Steve lasted decades.

John was a gifted artist, facile in many mediums, and he had a great eye for design. He was a collector and avid shopper for bargains, and antiques. He maintained collections of coins, stamps, and sports cards. In his numerous frequent shopping trips, he was always looking for items to gift to those he cared about. John was generous, kind, and thoughtful throughout his life.

John was the third of seven children. He is survived by siblings, Warren Dennis, Jr. of Austin, TX' Judy (Dennis) Lueth and husband, John of Young America, MN; Stephen Dennis and wife Carol (Priebe), of Plymouth, MN; Ruth (Dennis) Lindquist and husband, Jim of Lakeville; Brian Dennis of St. Paul, MN, and many nieces, nephews, and other relatives and friends. He was preceded in death by his parents and sister, Marilyn Dennis Rothman.

John struggled with adversities in the latter years of his life. Despite this, he showed fortitude, courage, strength, love, and Faith each day of his life. John will be greatly missed.

Arrangements have been entrusted to the Morris Nilsen Funeral Chapel, in Richfield, MN. A private celebration of life is planned, with private interment at a later date.

Condolences and memorials may be posted or sent in John's name.

Memorials may be given to Woodlake Lutheran Church, 2120 West 76th Street, Richfield, MN 55423