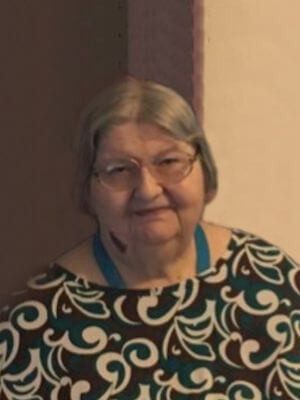 Age 82, of Hopkins, passed away peacefully on Monday, Nov. 14. She was a 10 year resident of Hopkins Health Care. Joyce was the first baby born via a Cesarean Section at Saint Peter Hospital on June 20, 1940. Joyce married William Morrissette on October 7, 1961. Together, they adopted 3 children: Richard, Wayne and Michelle. Joyce worked for several years with EDS in Edina, retiring in the late 90’s. From the MN Twins to college basketball to bowling, she was an avid sports fan. But, her biggest love was Vikings football. You couldn’t get her away from her football! Preceded in death by her husband, Bill; parents, Lyle and Myra Wendelschafer; and brother, Tom. Survived by her children, Richard (Melissa), Wayne and Michelle; grandchildren, Nicholas, Stephanie, Will and Cody; great-grandchildren, Isaiah, Nevaeh and Liam; and sister, Ronda Gapinski.