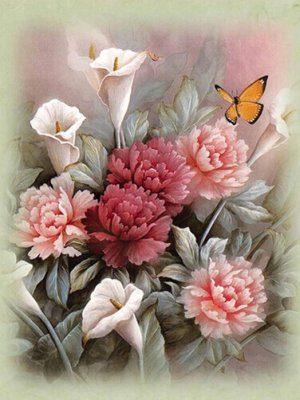 Judith Kathleen Wheaton (Williamson), died peacefully at home with her son, Brian, by her side, in the early hours of November 15. She was born July 16, 1945 in Los Angeles to Thomas and Lois (Holmes) Williamson. Tom was assisting the war effort at Lockheed Aircraft Company in California at the time. When the war was over, the family moved back to the Albert and Elizabeth Holmes farm in McLeod County, four miles southwest of Brownton, Minnesota. They remained on the farm until it was sold in 1958. In 1960, they moved to Bloomington, Minnesota, where Judy graduated from Lincoln High School. She graduated from cosmetology school and worked for many years as a hairdresser. Her family got complimentary haircuts until nearly the end of her life. She married Bruce Bitzer in 1963, and one son, Brian, was born to this union. Although she and Bruce divorced, they maintained a friendly relationship until Bruce’s death in 2018.
Judy enjoyed being with people and loved to have a good time. She especially enjoyed family gatherings, travel around the country and to Hawaii and Europe, and trips back to Brownton to visit her old haunts. She remained in touch with many of her Brownton friends. She was very proud of her big brother, loved her nieces, nephews, granddaughter and great grandchildren and cousins. Babies were definitely her thing! She was fascinated by her family history, especially her dad’s ancestry and her paternal line’s connection to the early white history of Minnesota, especially Bloomington, and the U.S/Dakotah war of 1862. She enjoyed travelling to the Lac Qui Parle mission every July with her dad to commemorate the mission work of her Williamson great, great grandparents.
Judy also loved to sing, especially old standard songs and familiar hymns. She started singing solos and duets in the Congregational Church in Brownton when she was young and enjoyed music throughout her life. One of her favorite jobs was running the Karaoke nights at various venues, especially at the Uptown VFW on Lyndale Avenue in Minneapolis, and Mancini’s Restaurant in St. Paul.
Judy faced many challenges in her life, but her spirit was irrepressible, and she was always up for the next fun time. We imagine a great reunion with those that have gone on before her: her parents and grandparents, sisters, Elizabeth Jane and Janice Carol, Aunt Carol and Uncle Don, Uncle Alton, her paternal aunts and uncle, sister-in-law Sandra, and husbands Bruce Bitzer, Roger Lindemann, and Tom Wheaton. She will be joined someday by those who survive her: son, Brian Bitzer in South St. Paul, granddaughter, Brittany (Zach) Swanson and grandchildren, Kylie, Paxton and Brielle, all in St. Cloud; Brittany’s mother, Sue Reimer in Minneapolis; brother, James Williamson in Bemidji; cousin, Lora Dundek (Allen) and family in St. Paul, and many more nieces, nephews and cousins.