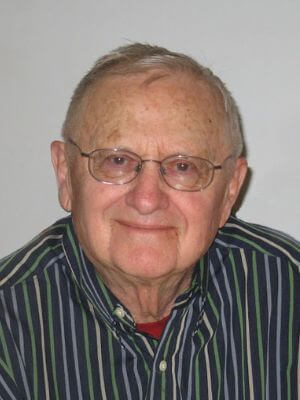 Kelvin was born on April 17, 1932 to Earl & Hazel (Rathbone) Kemmer and grew up on the family farm near Racine, MN; Dr. Mitchell attended his birth. He was a graduate of Stewartville High School. He attended two years at an agricultural college, then served in the US Army from 1953 to 1955, including time in Germany and France.

Kelvin worked for the post office from 1957 until his retirement in 1991. He worked on the postal service mail trains between Minneapolis and Chicago until the late 1960s. For many years, he was a letter carrier in Bloomington. After retiring, he drove school bus for a number of years.

Kelvin especially enjoyed gardening, feeding and watching the birds, fishing, hunting, boating, reading, the MN Twins, a good cup of coffee, and caring for his pets. For many years he bowled with a Bloomington league. After retiring, he square danced for some years. He owned property at Cross Lake, MN where he spent time with family. He was active throughout his life. In later years, he enjoyed working in the yard and garden; for many years walked miles at the mall most weeks; and in the last two years, walked in the neighborhood to get exercise.

Kelvin’s Catholic faith was very important to him and he served as an usher and sang in the choir at Assumption Catholic Church.

Kelvin was preceded in death by parents, Earl and Hazel; wife, Agnes (Connors) Kemmer; brothers, Glenn and Keith Kemmer, and a son from a previous marriage, Thomas Kemmer.