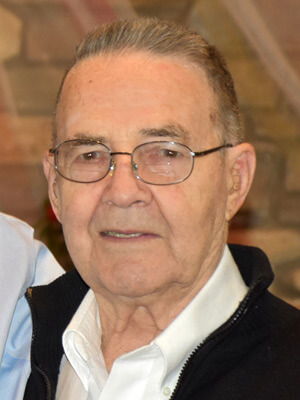 Kenneth V. Hodges, MD of Edina, died November 2, 2020, at the age of 94. Ken was born June 18, 1926, to Hilary D. and Wilma O. (Verplank) Hodges in Albert Lea, MN. He grew up in Albert Lea, graduating from Albert Lea High School in 1944. Enlisting in the U.S. Navy, Ken served as an Aviation Radioman Third Class. Following the end of WWII, Ken attended and graduated in 1950 at St. Olaf College (Chemistry) and was a member of Phi Beta Kappa. While attending the University of Minnesota Medical School, he met the love of his life, M. Joan Hodges. They were married in 1954 and lived in the Panama Canal Zone for his internship. Following residency in Bakersfield, CA, they settled in the Twin Cities area where Ken began as a General Practitioner, primarily with Southdale Family Practice, finally retiring at age 79. Ken was elected Fairview Southdale Chief of Staff in 1969. His passions included his faith, travel, time at the lake, "A Prairie Home Companion", tennis, skiing, running (including 4 marathons), tinkering, and his family. He was preceded in death by his wife, Joan; parents, and a sister Lucianne (George) Elmore. Ken is survived by children, Mark Hodges, Robert (Kathy) Hodges, Cindy (Steve) Aasen; grandchildren, Lauren, Connor, and John; great-grandchildren, Lilian and Olivia and niece, Marrie (Tom) Coleman.

Private family services to be held.