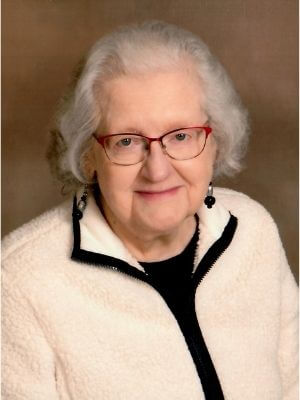 LaDean Ann Titus, 86, of Bloomington, Minnesota, entered the Kingdom of her Savior, Jesus Christ on March 26, 2022. She was born August 9, 1935 in Redwood Falls, Minnesota.

She was baptized and confirmed at Bethany English Evangelical Lutheran Church in Wabasso, Minnesota, and in 1953 graduated from Wabasso High School.

In 1957 she graduated from the Lutheran Deaconess Hospital School of Nursing in Minneapolis and continued to show her love and compassion for all people by working as a registered nurse for many years.

She then joined the United States Air Force. While serving as a nurse at Larson Air Force Base near Moses Lake, Washington, she met and fell in love with a young Air Force navigator, Hank Titus. They were married on October 8, 1960 and shared life together for 51 years until Hank passed away in 2011.

She was a wonderful and welcoming hostess. Her home was always open to family, neighbors and friends. Throughout her life she was active in many churches as she and Hank moved from place to place following his military career. Nearly three decades ago, she and Hank joined the family of Berea Lutheran Church where they joyfully served as volunteers for many years.

She deeply treasured her grandchildren and great grandchildren. She made the perfect spaghetti pie for them, and always was ready with a hug and kind word.

She had a strong love for church hymns and loved to sing along with her grandchildren at family gatherings - especially Christmas Eve.

She was preceded in death by her husband, Hank; her grandparents, Gustav and Anna Otto; and her parents, Vernon and Ethel Eichten.

Memorials may be directed to Berea Lutheran Church or to the Wounded Warrior Project.