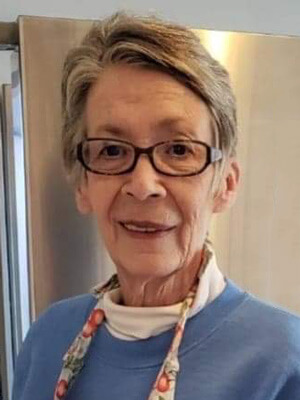 Margaret Ann Johnson was born on September 2nd, 1947 in Willmar, MN to Ole and Myrtle (nee, Nordeen) Gronli. She grew up in the New London/Spicer communities where she graduated from New London Spicer High School. Following high school, Margaret attended Willmar Vocational Technical Institute. She worked as a medical transcriptionist at Rice Memorial Hospital in Willmar and Mount Sinai Hospital after moving to Minneapolis.

On March 18, 1972, Margaret was united in marriage to Vance Arthur Johnson. While living in Minneapolis, Margaret and Vance raised three children, Stephanie, Heather, and Nicholas. At that time, she was a homemaker but later worked for the United States Postal Service at the bulk mail facility.

Margaret was known for her beautiful knitting and crocheting, green thumb, and spectacular flower beds (or gardens). She was a wonderful mom and grandmother of two grandkids.

Margaret died unexpectedly on September 16th, 2020 (her late husband’s birthday) at Abbott Northwestern Hospital in Minneapolis. She is survived by daughters, Stephanie (Ryan) Johnson, Heather Jorgensen; son, Nicholas Johnson; grandchildren, Cameron Vance Jorgensen, and Evelynn Mae Johnson; sisters, Catherine Gronli of Willmar, Karen (Vernon) Dean of Spicer, along with other relatives and dear friends. Margaret was preceded in death by her parents, Ole and Myrtle Gronli, and husband, Vance Johnson in 1994. She will be forever missed.

Funeral service to be held, by invite only.

Margaret and Vance Johnson will be interred at Fort Snelling National Cemetery together.