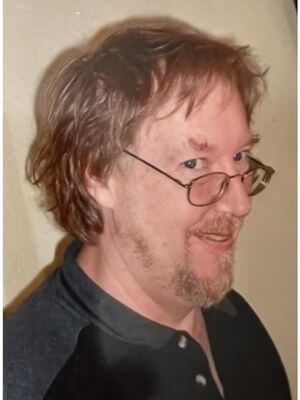 Dan loved to travel and was especially fond of Route 66. On one of his many trips across the country, Dan captured an image in Winslow, Arizona, a town that was made famous by a song written by Jackson Browne and Glenn Frey. Two verses of the song’s lyrics capture a bit of the essence of Dan (standing on the corner with his guitar in hand), and his light, gentle spirit, and his undeniable gift to be “chill” (to “lighten up” and “take it easy”) --- seemingly at will.

Here are the lyrics of two of the verses of the song, Take it Easy:

"Well, I’m a standing on a corner in Winslow, Arizona
And such a fine sight to see
It’s a girl, my Lord, in a flatbed Ford
Slowin’ down to take a look at me…

Take it easy, take it easy
Don’t let the sound of your own Wheels drive you crazy
Lighten up while you still can
Don’t even try to understand
Just find a place to make your stand and take it easy."

Dan had the remarkable ability to radiate the spirit of this song. Few of us ever saw Dan’s feathers ruffled. He seemed to exist in a groove that appeared to others on the outside to be calm, collected, unflappable, even transcendent. Dan was a “free spirit.” He chose an enviable way of life that was not weighed down by material things or unimportant details. What was important to him, however, were the people and his relationships to others in his life. His “true north” centered on his unbending devotion and faithfulness to his family, but even more particularly, devotion to his life-long friends. Dan had a fondness for his niece and nephew and his young great-nieces and great-nephews. Christmas time and the holidays were special times when all of them gathered to share dinner or exchange gifts and laughter. Dan was a devoted son; he adored his mother, Ilene, and he returned home to Richfield from his home in California to lovingly watch over his father after his mother’s death. Dan was a great older brother to his only sibling, James. Although they had very different interests, they had blood in common and they never fought, but often jousted in good humor about politics, sports and other hot topics.

Dan was devoted to his friends. He kept in touch with many friends from his childhood, the neighborhood, and school days. He often arranged to “stop in” to see his friends along the way on his trips and to catch up on news of their lives. His two best friends (Scott Lindeberg and Ron Groat) he remained close to until the end. They played together in a band, Rudy Lopez Quintet (also known as Rudy’s Rock’n Roll Review), over several decades. Even after the band no longer took on “gigs,” they regularly got together to play on Fridays. Dan was an accomplished musician. In high school, he played the slide trombone in the Richfield High School marching band and Swing band. He also played in a VFW marching band and marched in community parades and the Minneapolis Aquatennial. Dan took up the guitar at a young age and with his passion for the instrument, he was a valued member of the Rudy Lopez band. The group members wrote and recorded songs and albums and performed frequently around the Twin Cities.

Dan loved to travel. He seemed to take pleasure in carefully planning cross-country trips --- hitting highlight spots plotted along the way. On these trips, Dan most often traveled alone and chronicled his journeys by taking photographs and collecting memorabilia. The highway (Route 66) to California was frequently taken and enjoyed on his journeys.

A little-known secret is that Dan was something of an intellectual genius in math. He always scored high in math. He received a master’s degree in mathematics from Cal State Hayward. He taught high school mathematics in the Oakland school system where his students were from diverse populations and were often economically disadvantaged. He had great rapport with his students and his desire was clear to see them succeed, and he felt that success in mathematics would help them do so. During his teaching career, he took a mathematic subject matter competency assessment and got an award for being in the top 15% of math teachers who took the test. He continued his passion to help students who were struggling in math when he returned home to Minnesota. He severed as a math tutor at Normandale Community College for many years up until his illness impaired his voice, a moment he faced with sadness and courage.

The vast collection of Dan’s books attests to the fact that Dan loved to read; he was widely read, and he also kept up with the news, current events, and politics.
For those who knew Dan, it was hard not to become fond of his kind manner, gentle wit, and generous spirit. He lived life fully and will be long remembered and missed by those who loved him.