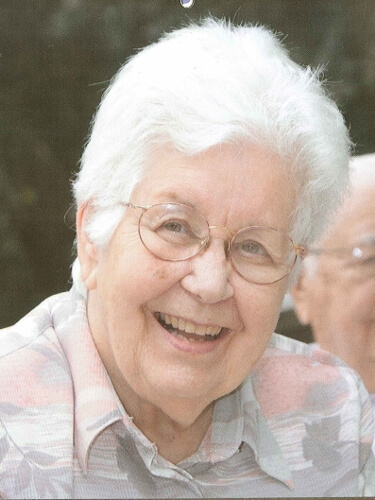 Mary was born in Chicago to Joseph and Antonia Koubsky. She grew up on a farm outside of Glenwood with her six younger brothers and sisters Lill, Joseph, Chuck, "Babe" (Antonia), Frank, and "Pete" (George) helping raise her siblings and working in the fields. When she was in her late teens she moved to Minneapolis where she found a job as a seamstress at Munsingwear. The softball team needed a short stop on the industrial league and that is where she met the coach, Dick Kaminski. The team organized a dance to raise money for uniforms, and that is where Dick and Mary had their first dance. The dance lasted for 66 years.

In Richfield, Mary and Dick bought a house, and there raised three devoted sons who traveled in their younger years all over the US and Canada. Mary loved to cook and bake. She was also an avid bowler and golfer who received many trophies while also working at the local grocery store. Her infectious laugh and loving sense of humor where hallmarks for everyone who knew here. She and Dick continued to travel with their friends Donnie and Jeri after retirement, and enjoy the company of grandchildren and a close knit family.

Mary will be greatly missed.