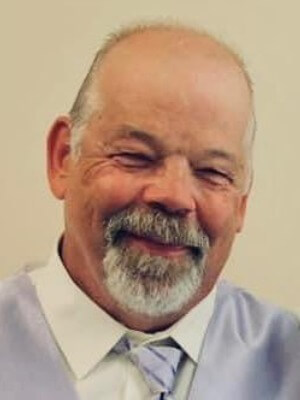 Matt was born on May 17, 1957 to Curtis and Florence (Walch) Simon. He attended Richfield High School and graduated in 1975. Matt spent some time working as a driver for the American Red Cross. In 1993 he started as a Postal Worker in Minneapolis and then to Northfield, MN, from which he later retired. He was blessed with 3 children, Sami, Alex and Maddie.

A sports fanatic, Matt enjoyed watching every type, but he especially loved Baseball. A fan of Jackie Robinson and everything that he stood for, he was lucky enough to get a Brooklyn Dodgers hat from his son. The Minnesota Twins were his ultimate favorite and he would try and catch every game he could. Matt enjoyed movies and if Alfred Hitchcock shows were on, he would always give Maddie a call to let her know. Matt had a vast collection of baseball cards, football cards and other sports cards.

Matt was always a goof. He would make light of all situations and would bring smiles to all those around him. When folks saw Matt, they always felt welcomed and that he was truly happy to see them. He loved giving hugs and will be remembered as a big teddy bear. Matt also loved children and was proud to have been the grandpa to 7 beautiful grandchildren.

He is preceded in death by his dad, Curtis Simon; and brother, Jim Simon.