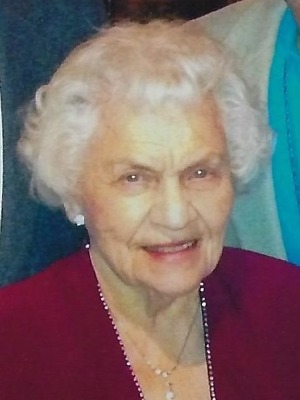 Muza Marilee Habeck died peacefully on Tuesday November 2, 2021 at the Minneapolis Veterans Home. She was born to Lou and Zeida Meyer on November 30, 1924 in Worthington, MN, the oldest of seven children. The family grew up around the Round Lake, Brewster, Worthington and Spirit Lake area. Muza graduated from Round Lake High School in 1942. She excelled in public speaking, a talent she used throughout her life and inspired her to attend Minneapolis Business College. She met and married Vern Habeck shortly before he left to serve in the army during WW II. Upon his return they lived in Spirit Lake and Spencer Iowa. Vern worked for the Spencer newspaper, and they started their family with two girls. Two boys came later and they moved to the Minneapolis area settling in Richfield/Edina for over 60 years. Vern worked for the Star Tribune. While the family was young, Muza was a homemaker and became very active in the Methodist church. Later, she worked 25 years for the City of Richfield in a variety of positions including training election judges. After retiring from the City of Richfield, she worked for 25 years part time at the Fairview Southdale Hospital Women's Auxiliary gift shop. She still volunteered as a grief support group leader, was a church lay preacher, and delivered Meals on Wheels into her late eighties. Vern passed in 1995, Muza continued serving others through her part time work and volunteer ventures. She is survived by daughters, Janet (Les) Loverude, of Shell Lake, WI, Jill Goski, of North St. Paul; sons, Jack, of Lake San Marcos, CA, and James, of Bloomington, MN; 4 grandchildren, Michael (Sissi Lee) Loverude, Jennifer Loverude, Brian (Melissa) Goski, and Todd (Heidi) Goski; 4 great-grandchildren, Jasper Loverude, Leo, Lucy and Zeida Muza Goski; two sisters, Dawn Luzzi of San Marcos, CA and Barbara (Jack) Norman of Spirit Lake, Iowa and many other relatives and friends. She was preceded in death by her parents; infant brother, Larry; brother, Bob; sisters, Bonnie and Patricia and her wonderful husband, Vern.

Memorials may be directed to the Women's Health Initiative: www.whi.org.