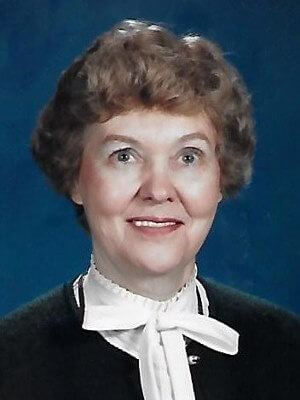 Norma Irene Danielson, age 93, of Minneapolis, died Sunday, November 17, in Richfield, MN. Norma Irene Johnson was born September 5, 1926, to Warren A. Johnson and Anna Marie Josephine (Holt) Johnson. Her early years were spent in rural Otter Tail County and Fergus Falls, MN. Norma graduated from Macalester College and later earned a master's degree in music education at the University of Minnesota, where she met Dale Danielson. They were married June 13, 1953. Dale passed away November 22, 1984. She and Dale shared a passion for music of all sorts, from great choral works to MahlerSymphonies, to opera, to jazz, musicals and the Great American Songbook.
Norma taught music and other subjects in Breckinridge, Excelsior, Redwood Falls, Grand Marais and Albert Lea. In the 1970s, she was certified to work with students experiencing learning disabilities.
Norma directed church choirs in Albert Lea and Minneapolis, sang in the Edina Chorale and was involved with th music organizations Mu Phi Epsilon and Thursday Musical. She was interested in public affairs and was active in the League of Women Voters and AAUW. In retirement, she traveled the world in search of great music. Her explorations took her around the U.S. and Europe, Great Britain, Russia, Turkey, China and Egypt. She was at home at the Met, La Scala, Covent Garden, and anywhere Wagner's Ring was being staged.
Norma was preceded in death by her husband, Dale and sisters, Corinne Nelson, Louise Braaten, Audrey Bursch, and Marjorie Possehl. She is survived by daughter, Sue Danielson Bretheim and Sue's husband, Kim Bretheim of Minneapolis; son Mark Danielson and Mark's wife Theresa Smith of Duluth; grandchildren, Laura Bretheim, Catherine Bretheim, and James Danielson; brother-in-law, Dewey Possehl; Holt, Danielson and Lundberg relatives; and many nieces and nephews.
We are grateful for her caregivers and neighbors at the Kenwood, York Gardens, Havenwood and Allina Hospice, and for the delightful visits from friend Janelle O'Mara.