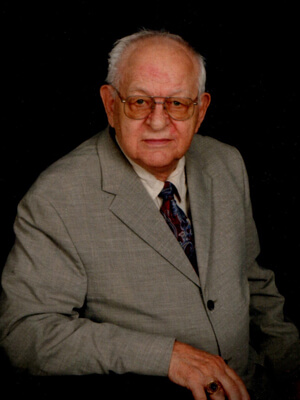 Orin A. Solberg, age 92, of Bloomington, passed away on October 16, 2021. Born in Iola, Wisconsin on August 25, 1929, to Erick and Nannie (Nelson) Solberg. After graduating from high school, Dad worked for different meat companies as a butcher and learned the craft of knife and tool sharpening.

In 1948, he enlisted in the United States Air Force, serving as a recon photographer, earning the rank of Technical Sergeant before being honorably discharged in May of 1952. That August, Dad enrolled at St. Olaf College in Northfield, where he met his future wife, Irene (Terrie) in the Admissions Office. He graduated on June 3, 1956, with a degree in Economics, Photography, and Norwegian. On June 9th, he and Mom were married. They moved to Minneapolis, as Dad was hired by Honeywell as an accountant. He was employed there for 30-1/2 years until he took early retirement on December 31, 1986. At that time, Dad pursued his love of woodworking, and had his own business for 15 years. As a member of Woodlake Lutheran Church since 1956, he was a teacher/educator and choir member for almost 50 years, as well as past congregational president. Aside from the active church life that he was particularly proud of, he was also an active member at Sons of Norway, Oslo #2 Lodge in Minneapolis for many years.

Dad loved camping, hunting and fishing in his spare time. When he was no longer able to hunt due to hearing loss and failing vision, he would often join his nephews at the deer camp in Wisconsin, just to enjoy the camaraderie. Dad had many family members and friends, and always enjoyed sharing stories and jokes with anyone that would listen, but he particularly enjoyed speaking Norwegian with his brothers and sisters.

Dad relished hearing about his 3 grandchildren, and sharing their accomplishments. When they were younger, he loved to sit them on his lap and read stories or share apple turnovers.