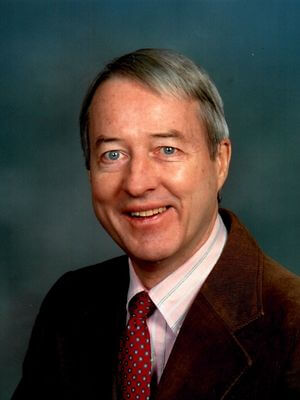 Upon completion of US Naval Officer Candidate School of Newport, Rhode Island, Paul was commissioned as an Ensign in 1962 and served aboard the Aircraft Carrier USS Ticonderoga (CVA-14) as a Public Information Officer and as a Line Officer in the Top Secret Crypto Communications Division during the Vietnam War. Paul was decorated with the Vietnam Service Medal and the National Defense Service Medal.

After receiving his Honorable Discharge from the US Navy, Paul studied at Pacific Lutheran Theological Seminary in Berkeley, CA, MDiv class of 1972, and served his internship at South Lake Tahoe.

Paul attended Concordia Seminary, St. Louis, MO in 1972 and 1973 and received the Graduate Diploma of the seminary.

That significant date was the dividing line between Paul's formal education and the start of his "full-time Christian Ministry". It was a "crossroads event" at which Paul, in prayer, committed his life totally to the service of Jesus Christ (rather than his self) in all aspects of life. That prayer commitment was Paul's most significant major life event.

Paul was ordained into the Lutheran Ministry at Mount Olive Lutheran Church, Sebastopol, CA in 1976. During his lifelong ministry, Paul served congregations in California, Colorado and Minnesota, preaching the Good News of the Saving Gospel of Jesus Christ.

The twelve years of 1984 through 1995 were probably among the most significant and meaningful periods of Paul's life as he extended full-time care for his dear mother, Sophia, in the years just prior to her death.

During his time in Minnesota, Paul served some major extended-period commitments as a pastor and preacher. These included: Rose of Sharon Lutheran in Cottage Grove, serving as the full-time vacancy pastor in 1985 and 1986; Berea Lutheran in Richfield, serving as the Home Visitation Pastor and Elder in 1987; Saint John's in the Rich Valley area of Rosemount in 1989; and Mount Olive in Mound in 1997. Paul also supply preached at many convalescent hospitals and a great multitude of individual church congregations.

"To God Alone Be The Glory." That has been the underlying theme to which Paul has sought to lead the activities and endeavors of his life. It has been a life focused upon his wonderful Lord and Savior, Jesus Christ, whose precious blood shed at Calvary gave meaning and power to the reality of his salvation. It was a salvation Paul realized daily in his personal Christian walk through life.