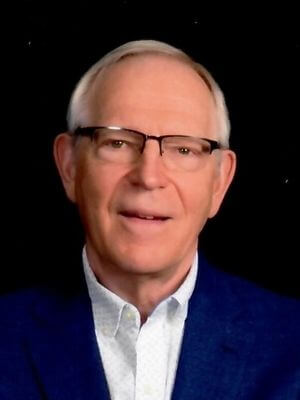 Richard “Dick” Alvin Vohs, age 76, passed away peacefully on August 17, 2021 surrounded by loved ones. He was born on August 3, 1945 in St. Paul to Freida Anna (Zimmerman) and Alfred Wilhelm Vohs. He was preceded in death by his first wife, Brigitte (Lange); his parents; brothers Gerald and Eugene Vohs; and sister Shirley Johnson. Dick is survived by his loving wife of 33 years, Ruth Ann (Houle); daughter Kimberly (Joshua) Butikofer; granddaughter Lucy Jane Butikofer, who brought such light and joy to Dick; brothers Donald (Elizabeth) and James (Pamela) Vohs; and many nieces, nephews, dear friends and family.

Richard spent his early years in Minneapolis and attended Minnehaha Elementary School before the family moved to a farm in Kenyon. The family moved again, this time to Richfield, where Dick graduated from Richfield High School. Throughout high school, Richard worked at the family bowling alley, Luxury Lanes. In 1965, Richard graduated from the University of Minnesota with an Associate of Arts degree. He then proudly served in the U.S. Army. He utilized his skills as an engineer at NorthWestern Bell/U.S. West/Century Link until he retired in 2001.

Dick was a devoted husband, father and grandfather. He enjoyed ballroom dancing, scuba diving, traveling, and spending time in his happy place - Florida. He was a MacGyver who could fix anything and loved to help others.

Richard will be remembered as a dedicated servant and man of faith. He was deeply committed to his faith, church, and family. As a life-long member of Berea Lutheran Church, he served as an elder, chairperson/president, board member, and Eucharistic minister.

The family would like to thank the doctors, nurses and caregivers at Orlando Health, MHealth, Park Nicollet Hospice, and NC Little Hospice for their compassionate care of Dick. So many family members and friends also accompanied Dick on his journey, both in Florida and in Minnesota, after his diagnosis of Stage 4 non-small cell adenocarcinoma lung cancer. Their overwhelming generosity and support were truly astounding.

A private interment service will be held at Fort Snelling National Cemetery.

“Well done, good and faithful servant…Enter into the joy of your master” (Matthew 25:21)

“For by grace you have been saved through faith. And this is not your own doing, it is the gift of God, not a result of works, so that no one may boast. For we are his workmanship, created in Christ Jesus for good works, which God prepared beforehand, that we should walk in them” (Ephesians 2:8-10)

In lieu of flowers, please consider a tribute donation to Berea Lutheran Church or to the Hospice program in care of Park Nicollet Foundation (6500 Excelsior Boulevard, St. Louis Park, MN 55426).