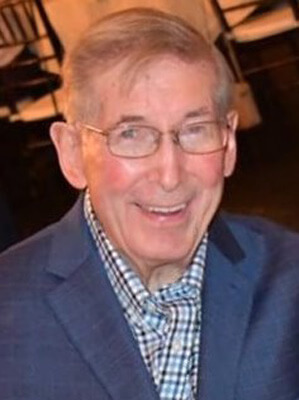 Ron was passionate about relationships and a friend to everyone he met. In his early years, his dad, Irv, introduced Ron to sports and from that moment forward the two formed a bond as avid sports fans, following any one of a number of sports teams, including the Twins and Vikings. Ron and Irv also enjoyed playing card games with each other and anyone else who was interested. Growing up in South Minneapolis, Ron forged lifelong friendships with his classmates and valued his annual lunches with Rich, Jim, Dave, Dick, Keith, Will, and Arlene. Summers and winters spent at Sibley Park as well as golfing at the Hiawatha Golf Course continued throughout his life. After graduating from Roosevelt High School, he went to the University of Minnesota and that is where he met Mary Jean Dullum (formerly of Nisswa). Settling down in Richfield, Ron and Mary raised four children.

Ron always made time to attend sporting endeavors, school events, and other activities with his kids. He developed deep personal relationships with each of them through his countless hours of participation in their activities.

Ron loved being a father and the only thing he enjoyed more was being a grandpa or “Papa,” as he was known among his 11 grandchildren. While his knack for relationships was honed with his friends and children, it was perfected with his grandchildren. Ron’s passion for people grew exponentially with each grandchild added to his family. And carrying on right where he left off, Ron jumped into each of his grandchildren’s activities, with the same interest he had with his own children.

Ron loved traveling to military bases to be with Michaella and Allie as they moved with his son, Mike and wife Shirley, in the U.S. Air Force. He loved opportunities to watch Matt, Katie, Ryan, and Jack participate in sports and activities, including occasional trips to St. John’s University to watch Matt. Ron always found time to attend sports and school activities with Megan, Lauren, and Paige. And he always enjoyed heading to the hockey rink to cheer on Adam and Kendall as they played. Wherever his grandchildren were, a little piece of Ron’s heart remained.

Ron will be missed beyond words, but the many memories of time spent with him, including at the cabin in Nisswa, will carry on forever in the hearts and minds of his family and friends. Ron lived a life worthy of celebration, so please rejoice with his family as a life well-lived.

If you would like to join via livestream, please join at the link below.
Ron’s Livestream Link