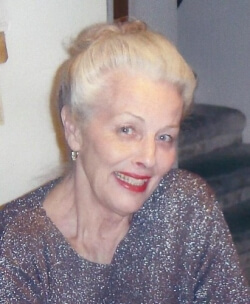 Sharon J. Richards, age 77 passed away peacefully at her home on February 9, 2013. Born on January 21, 1936 in Snohomish , WA. She met her late husband, John in 1953 and they married in 1954. In 1955 they moved to Johns' hometown of Goodrich, MI where they started their family. In 1961 they moved to Iowa where they resided till 1973 then they moved to Bloomington, MN.  She retired from the Toro company where she was the secretary to the chairman of the board for 25 years. She took great pride in being an employee at Toro and was well respected by all.  Sharon was preceded in death by her husband, John; her parents Henry and Violet Lambert; 3 brothers and a sister. She is survived by her sister, Dorothy Kalma; brother, Jim Lambert; her children, John (Dawn), Michelle Bredstrand, Jeff (Sue) and Lisa (Rick) Sovde as well as 11 loving grandchildren.

In lieu of flowers memorials preferred to The American Lung Association.