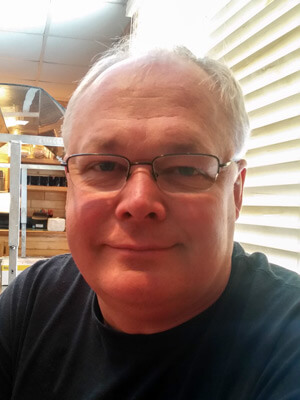 Age 61, of Welch, formerly of Minnetonka. Steve was adopted by Verner and Ordella Miller at the age of one. He grew up in the home his father built in Richfield, MN. He graduated from Richfield High School in ‘77. Early on, Steve showed an intense curiosity and a drive to figure out how things work. Steve graduated from the small engine course at Hennepin Vo-Tech in ‘78. He then went on to graduate with a NEI Electronic Technician associate degree in ‘82. Steve had common sense and a gift for figuring out what was wrong with all things mechanical and electrical. As a result, Steve could fix just about anything and did very well in his work career. Steve freely shared his repair skills with family, friends, friends of friends, and neighbors. It also came in handy since he enjoyed a lot of motorized activities- motorcycling, racing motorcycles, dirt biking, water-skiing, and snowmobiling. These hobbies have led to multiple lifelong friendships that Steve cherished. Steve loved music and could play several instruments including the violin, piano and his favorite the electric guitar. Steve played in many bands over the years and made many wonderful friends. Steve received so much joy from playing with a group of musicians. Steve’s greatest passion was his family. Steve frequently stated that his idea of an absolutely perfect day was spending it with his family. Steve went to great lengths to spend time with his kids. Becoming a Scout Leader, camping, fixing boats for water sports, and putting together dirt bikes and snowmobiles so the kids would want to spend time with him. Steve frequently said that Susan was the love of his life. Steve and Sue enjoyed working together (often on their home), and taking long trips on their motorcycles (or snowmobiles), exploring winding roads or trails, and seeing new sights. Life has its ups and downs. Steve chose to face life with a smile, a joke or pun, and in friendship. Steve’s faith in God was his foundation, his hope, and his moral compass. The light he brought into the world will be greatly missed by all of the people that had the honor of knowing him.

Celebration of Life will be held and live-streamed at 2:00 PM on Saturday (January 30) with visitation 1 hour prior at Grace Church, 9301 Eden Prairie Road in Eden Prairie.