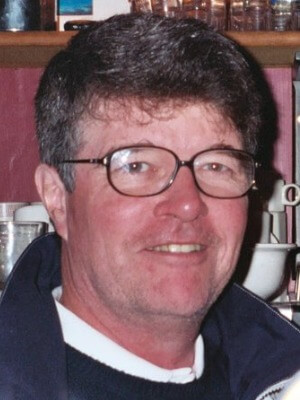 Age 77, of St. Paul. Tom passed away on December 6, 2021, after a brief illness. Tom was born on August 24, 1944, in Minneapolis, the eldest child of Donald T. and Catherine L. Sullivan. He attended Assumption Grade School, De La Salle High School (Class of 1962) and the University of St. Thomas (Class of 1966). Following college, Tom worked as a Certified Public Accountant at the Minneapolis accounting firm of Peat Marwick Mitchell and Co. In 1976 he joined the Minnesota Attorney General’s Office, where he worked as the Director of Financial and Criminal Investigations for the Public Protection Unit until his retirement in 2000. His tenacity and attention to detail contributed to the successful prosecution of some of the state’s most complicated and high-profile white collar criminal cases.

Tom’s priority was his sons and grandson. He was an exceptional father, grandfather, and uncle; devoted to his family and never wavering in his support for them. He was an enthusiastic and vocal supporter of his sons at their sporting events.

Sully’s soul belonged to Ireland; he was an Irishman through and through. He cherished his memories of trips to Ireland – where he insisted on having his photo taken under every “Sullivan” sign - and referred to those trips as “going home.” He embodied many fabled traits of the Irishman. He had great personal charm and warmth and was fiercely loyal to a wide circle of friends from all walks of life. He had a wry sense of humor and a devilish giggle which was always present, even in the most trying of times. And of course, he had the temper and stubbornness of the Irishman. He had strong opinions and did not hesitate to share them.

Tom was very passionate about many things including baseball and other sports, music, Bob Dylan, and reading. His interest in sports covered the gamut; from season tickets to the North Stars Hockey team in 1967, to hundreds of events attended to champion his sons’ teams, attending Minnesota Twins games with his grandson, playing softball on an informal team from the Attorney General’s Office, and "coaching" a women’s volleyball team made up of friends dubbed “Sully’s Angels.”

Tom was well-known for his old-school ways. It was part of his charm. He refused to own a computer, only recently got a flip phone (but would not use it and texting was unthinkable), completed spreadsheets with a number 2 pencil, clipped and organized coupons, walked to the bank to deposit checks, and wrote cards and letters to his friends and family with enclosed newspaper articles and cartoons. He always remembered birthdays and important life events, and wholeheartedly joined in celebrations. He was also a great dancer and played a mean air guitar. He will be sorely missed by all of us who love him.

A Mass of Christian Burial will be held at 11:00 am with visitation one hour prior on Tuesday, December 14, 2021, at Assumption Catholic Church, 305 East 77th St., Richfield, MN. An informal luncheon and gathering of family and friends will take place after the service at the Bloomington Event Center (Knights of Columbus), 1114 American Blvd. West, Bloomington. From 4:00 to 7:00, friends and family will gather at Cowboy Jack’s, 2801 Southtown Drive, Bloomington. Irish toasts to celebrate Sully’s extraordinary life are planned for 6:00 p.m.