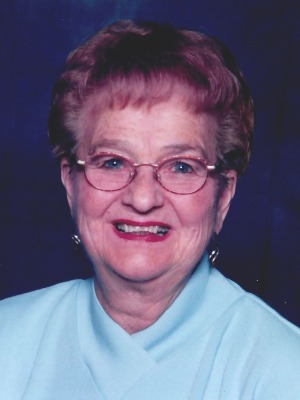 On September 27, after a long and full life, Val was called home. While she will be greatly missed by those left behind, she was ready to be with Jesus.

Val was born in Effington Township, a small town in northwest Minnesota. She grew up in Parkers Prairie until her family moved to Minneapolis. Her mother’s home in south Minneapolis was the site of many wonderful family gatherings and “if walls could talk” oh, the stories we would hear!

In 1947, Val married Marv Krossin and they were together until Marv’s passing in 1979. The years together were filled with raising three children and many great times. Some of these include house parties with neighbors, family vacations out West, trips “Up North” to Remer where Marv always made sure to bring his own meat and those who knew Val’s sister Ginny will understand why! Marv and Val also made several trips to Europe, the first of which was in celebration of their 25th wedding anniversary. Val was known to be a fabulous hostess and happily opened their home for many family gatherings and reunions.

After Marv’s death, Val entered a new phase in her life. She started square dancing and took great joy in being an active participant of Milt’s Posse, a local square dance club. At one point, she was voted Queen of the club and wore her tiara with pride. Val also embarked on a career in childcare, providing loving care for many children over the years who viewed her home as their own. These years also included travel to many parts of the country, both with family and to visit family. She often spoke fondly of her trip to Alaska where her sister LaVerne went “fishing” for salmon with the handle of her cane. Another source of joy was her backyard, with its gazebo and extensive garden which provided many hours of enjoyment and bird watching.

Recent years brought more changes to Val’s life. Unfortunately, the arthritis which plagued her continued to cause her issues. Ultimately, she sold her home of 67 years and moved into a senior living apartment. The last two years of her life were spent in that environment, where she was able to receive the additional support she needed.

In lieu of flowers, memorials preferred to the Arthritis Foundation.

If you can not attend the service in person, please click here for Val’s Livestream Link.