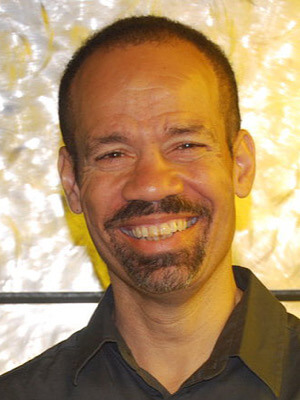 Vincent Earl Ehlert-Mackie, 56 of Eden Prairie, passed away surrounded by family, love, and laughter. Vincent grew up in Toledo, Ohio and attended St. Francis de Sales High School where he excelled scholastically and captained the chess team to a state championship. He received a scholarship to Florida A&M University (FAMU) and graduated with a Bachelor of Business degree. For many years, he flourished in his career as a Financial Analyst and IT Consultant at Fortune 500 companies. Vincent was an active member of the Minneapolis community, he tutored and mentored students at Vision Loss Resources, coached Goalball for the blind, cheered on the Timberwolves, and appreciated the music, art, and culture scene throughout the Twin Cities. He met his beloved wife, Christy, at one such event at the Guthrie Theatre and they were married in 2012.
Vincent is survived by his wife Christy Ehlert-Mackie; siblings Alfred H. Mackie, III, Lorna Gayle Edwards, Cheryl Mackie Byrd, Farrin Guillory, and Madelyn E. Mackie; Mother of the heart and spirit, Estonia Stephens; niece, Kiana Gadson; nephews, Colin Edwards, Justin Edwards, James Daniel Byrd, Gregory Byrd, Brian Mackie, Nathaniel Mackie, Brandon Guillory, and Jordan Guillory; cats Buddy and Oscar; and a host of relatives and friends who loved him. Vincent is preceded in death by his parents, Alfred H. Mackie, Jr. and Dolores Odessa Sykes Mackie; in-laws Cal Ehlert and Frances Ehlert; and cats Morris and Bugsy.

In lieu of flowers, donations may be made to the Fairview Hospice, Mayo Clinic, or Multiple Myeloma Research Foundation.