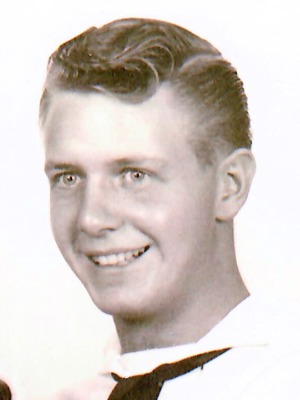 Wally was born 12/21/1931 in Cannon Falls, MN. He enlisted in the Navy in 1950 and proudly served on the USS Midway, visiting 29 different countries during his years of service. In 1951, he married the love of his life, Evelyn ‘Evie’ Berg. Besides raising their own three children, Wally and Evie were foster parents to 17 other children. He worked at several jobs during his life, including Ford Motor Company, Northland Creamery and Edina Public Schools. He enjoyed fishing and painting, but what he loved most was time spent with his grandsons.

Wally is preceded in death by his father, Nicholas Boser; mother and stepfather, Emma and Bill Ward; and his brother, Earl. He is survived by his wife of 70 years, Evelyn; children, Becky (Bob) Gut, Jeffrey (Karen) Boser and Gregory (Ann) Boser; grandsons, Kevin, Christopher, and Eric (Jalyn) Boser; and two great grandchildren, Robyn and Luca.

Our heartfelt thanks to the staff at Careview Mt Olivet and Grace Hospice.

In lieu of flowers, memorials in Wally's honor may be sent to the Memorial Rifle Squad of Fort Snelling.